Whenever there's a crisis that causes a drastic downfall in our economy, is it really wise—or required of us—to give? Certainly, God knows when we don’t have much money and He wants us to be wise with what we have, right? Besides, if God owns it all...why does He need our money?

The answer is He doesn’t. We don’t give out of God’s need for anything. We give out of ours.

While on this earth, Jesus talked more about money than hell.

That tells us it’s an issue that’s pretty important to Him. But not because He cares about or has need of money. He knows how important it tends to be to us. Jesus said the greatest commandment was to love God with all one’s heart, soul, and mind (Matthew 22:37). That means with our money, too, especially if it owns (or occupies) much of our hearts.

There are many teachings in Scripture to give sacrificially—not just of our time and abilities, but of our money, too. And in the middle of crises everywhere might be the best time of all to consider giving more. Of all the reasons Scripture gives us to part with what’s closest to our hearts, here are just seven biblical reasons to give—especially now: 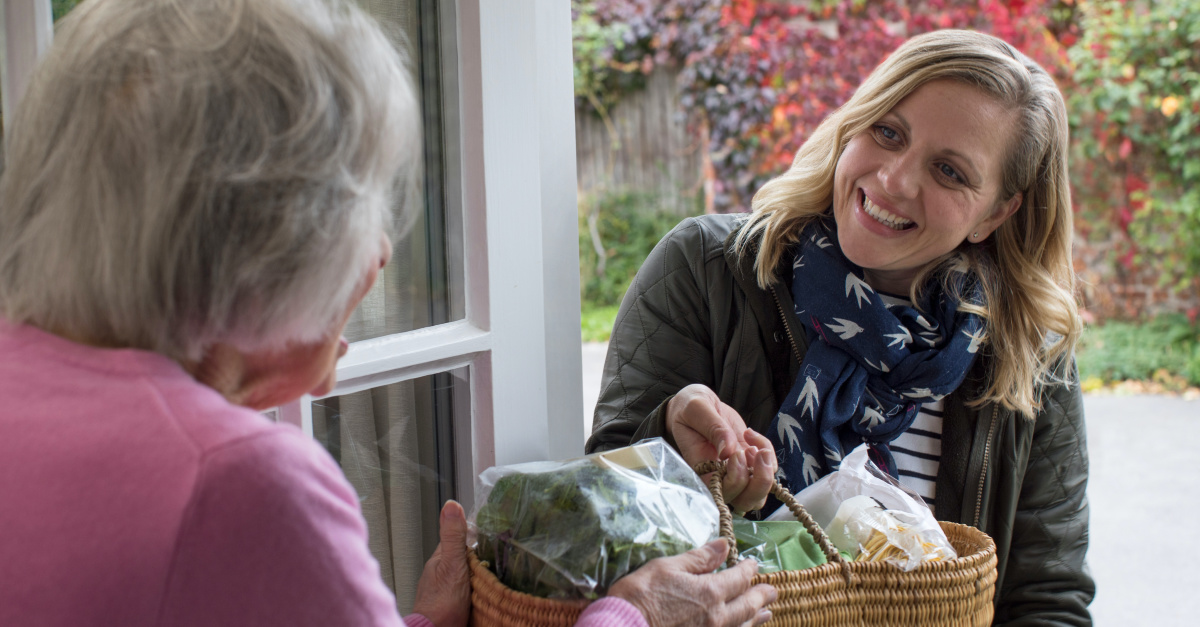 1. Giving Is Evidence of Our Obedience to God

The church reformer Martin Luther believed every Christian needed two conversions: one for his soul and one for his pocketbook.

Anybody can say “I believe in God” and even “I’ll follow You, Jesus.” But when we give, as Scripture instructs, and it’s sacrificial (give until it hurts) then our heart is involved. That’s an obedient follower…one who is willing to put his money where his mouth is.

How is giving an act of obedience?

In the Old Testament Law, God told the Israelites to give a tenth of what they owned to the Lord for the support of the priesthood. Under the New Covenant, Jesus instructed His followers to give generously in proportion to how we would like God to be generous toward us (Luke 6:38).

Giving our all to Jesus—of our time, talents and treasure—is evidence of not just our obedience, but our love for Him. 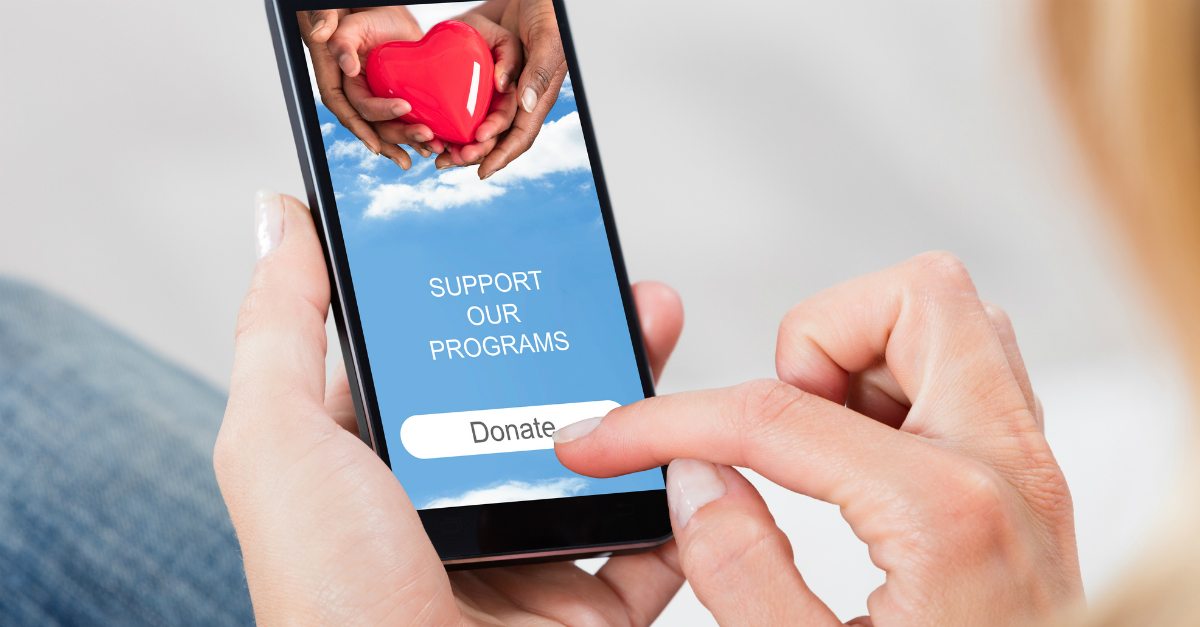 Look at where you spend your money and you’ll see where your heart is. We invest not just our time, but our money, in what is most important to us.

Is it your expensive home or its elaborate furnishings? Is it your children and their many activities? Is it that ring on your spouse’s finger, or your luxury car, or high-tech toys and devices to impress others? Jesus told His followers to “store up for yourselves treasures in heaven, where neither moth nor rust destroys, and where thieves do not break in or steal; for where your treasure is, there your heart will be also” (Matthew 6:20-21).

That is our command to invest in the eternal. God’s Word also tells us to be heavenly minded by setting our minds “on things above” (Colossians 3:2). If our priority is in the eternal and our sights are set on the life to come, that’s where our money will be directed—to benefit the kingdom of God.

Therefore, as we give to God and invest in His kingdom, that’s where our hearts will be fixed and focused. Giving to God prioritizes our lives and is, again, evidence of our love for Him. 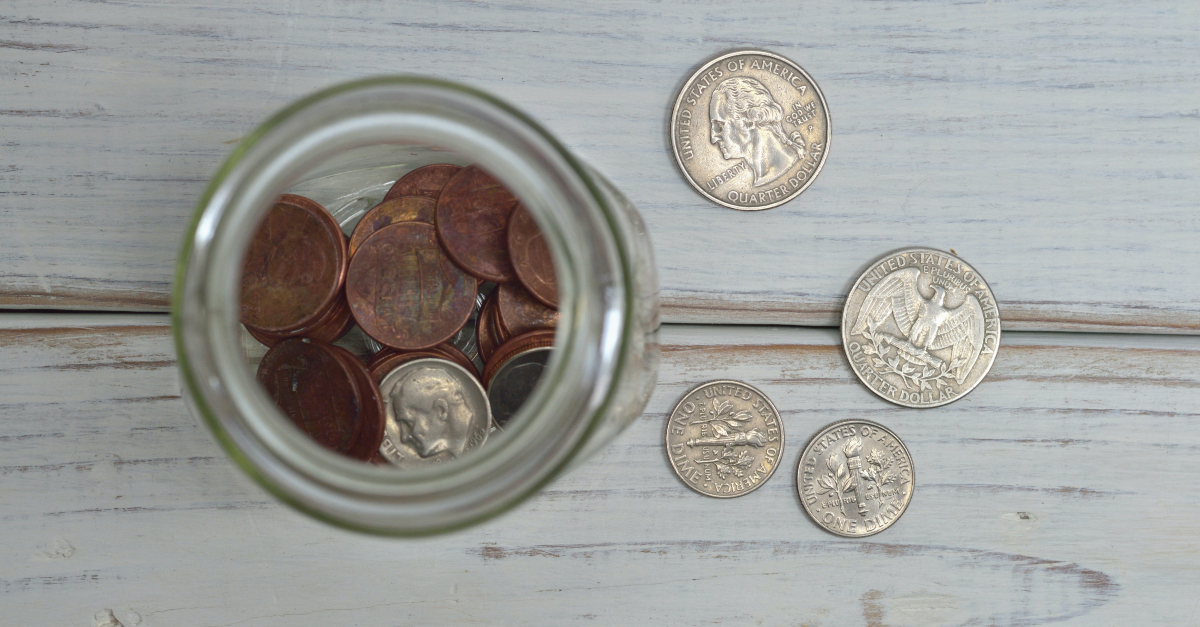 How much do you trust God that if you give obediently, He’ll provide for all that you need? My husband and I (who have lived on a small-church pastor’s salary most of our lives) have discovered through the years that when we are obedient to faithfully give from the first of what we receive each month, God is always faithful in providing all we need. It’s when we don’t give, that we end up lacking.

Giving is clearly a matter of trust. The more you give, the more you learn to trust God that you will have enough left over for your own needs. And the more you trust, the more you’ll give. Again, put your money where your mouth is when you say “I trust God” and put Him to the test.

God takes that trust issue so seriously that the issue of money is the only area in which God tells us to test Him. Elsewhere Scripture says do not test the Lord your God (Deuteronomy 6:16, Luke 4:12, Acts 15:10).

Yet, in Malachi 3:10, God said, “Bring the whole tithe into the storehouse, so that there may be food in My house, and test Me now in this,” says the Lord of hosts, “if I will not open for you the windows of heaven and pour out for you a blessing until it overflows.” 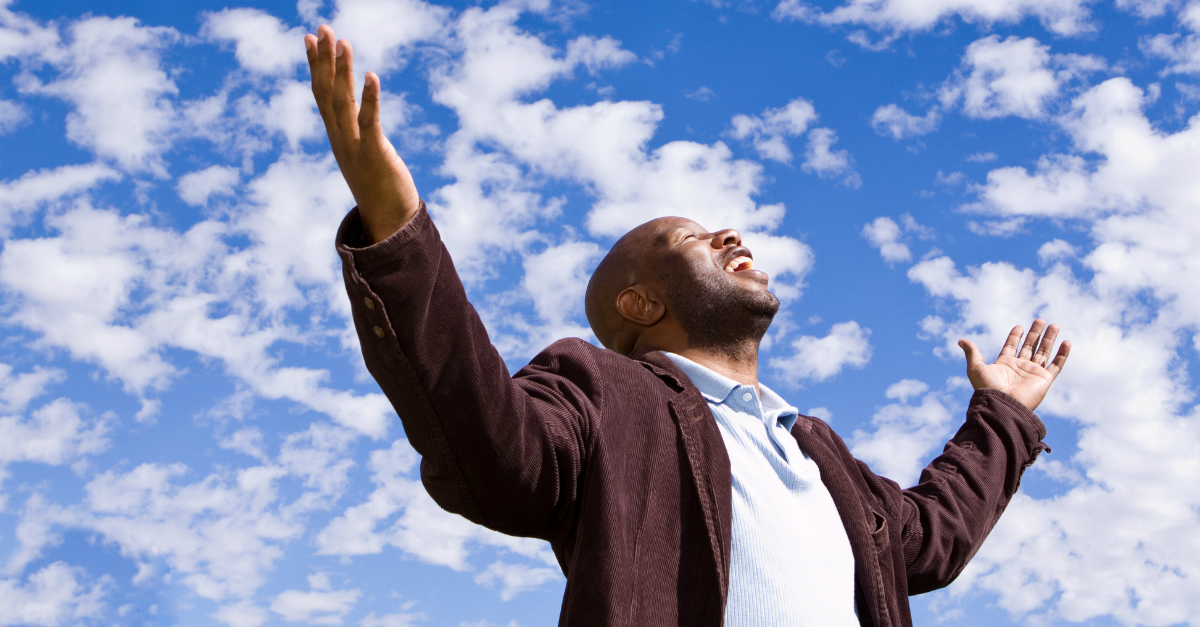 4. Giving Acknowledges That God Owns it All

If we are truly surrendered to God then everything we have is His. After all, what do we have, that hasn’t been given to us?

God is the owner of all that we have and we are merely the stewards of it. That’s where tithing comes in. Giving Him the first 10 percent says “God, this is just giving You back what’s already Yours. Thank You for the other 90 percent you let me keep.” What a good and generous God!

Having the steward mentality reminds us that He owns it all, our bodies, our homes, our money, our children, our jobs, our possessions. As the saying goes: He’s either Lord of all, or He isn’t Lord at all.

To tithe is literally to give a tenth of one’s income. Although some believe that’s Old Testament Law (to give a whole tenth of what one makes), Jesus taught, in the New Testament to give our all. Personally, my husband and I have always seen a tithe (10 percent) as a great guideline or starting point in giving to the Lord. The tenth is the minimum God once required.

Today, why can’t I give my tithe (a tenth) and my offerings (anything I can give above the tenth)? Sound radical? That’s the kind of discipleship Jesus taught. 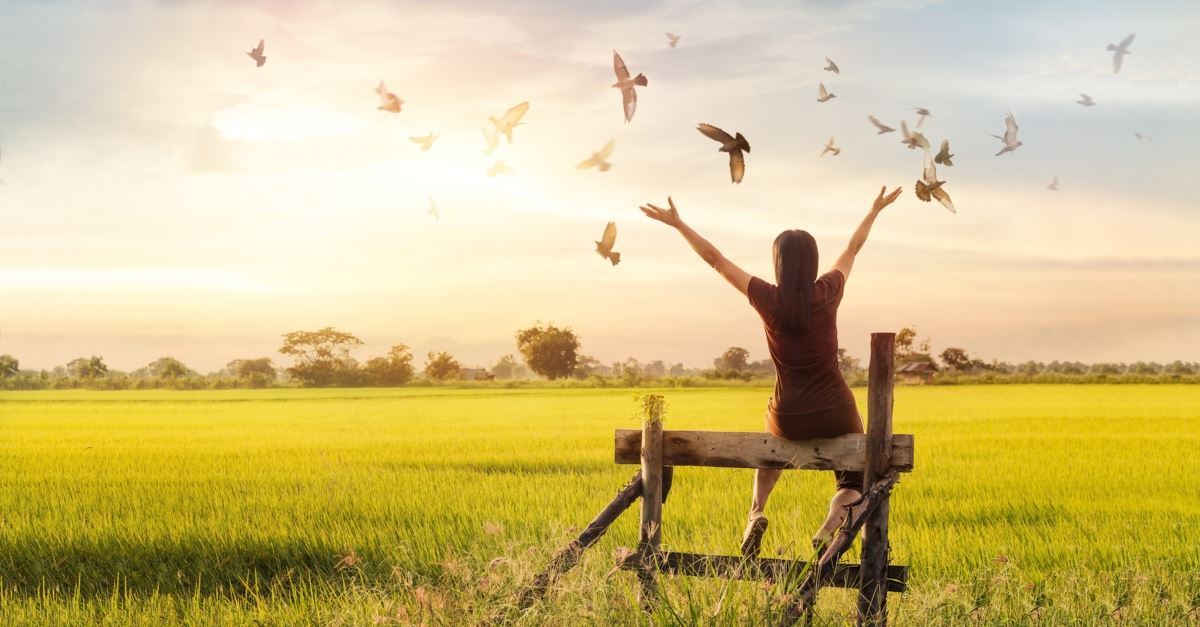 In 2 Corinthians 9:7, we read: “Each of you should give what you have decided in your heart to give, not reluctantly or under compulsion, for God loves a cheerful giver.” The Greek word for cheerful is hilaro, where we get our English word hilarious. Although many pastors teach that verse is saying we are to give hilariously (and who really does that?) the word hilaro in its original context to its original audience meant “joyful, cheerful, non-reluctant, already inclined, won over.”

In other words, give preparedly and with an anticipation of what God will do to multiply it for His purposes. That kind of giving produces joy, and an excitement of wanting to give more. That’s another biblical reason to give money away, even if we don’t think we have enough.

Do you realize the more you give, the more God will give you…so that you can continue to give? That’s right. We don’t give because then we’ll get. We give out of gratitude for what God has given to us, and so that God will give us more so we can give more. That’s the essence of giving in the New Testament.

Jesus said, “Give, and you will receive. Your gift will return to you in full—pressed down, shaken together to make room for more, running over, and poured into your lap. The amount you give will determine the amount you get back” (Luke 6:38, NLT).

Furthermore, 2 Corinthians 9:6 says, “Whoever sows sparingly will also reap sparingly, and whoever sows generously will also reap generously.” Verse 8 adds: “And God is able to bless you abundantly so that in all things at all times, having all that you need, you will abound in every good work” (emphasis added).

That is a promise of abundance to those who abundantly give. 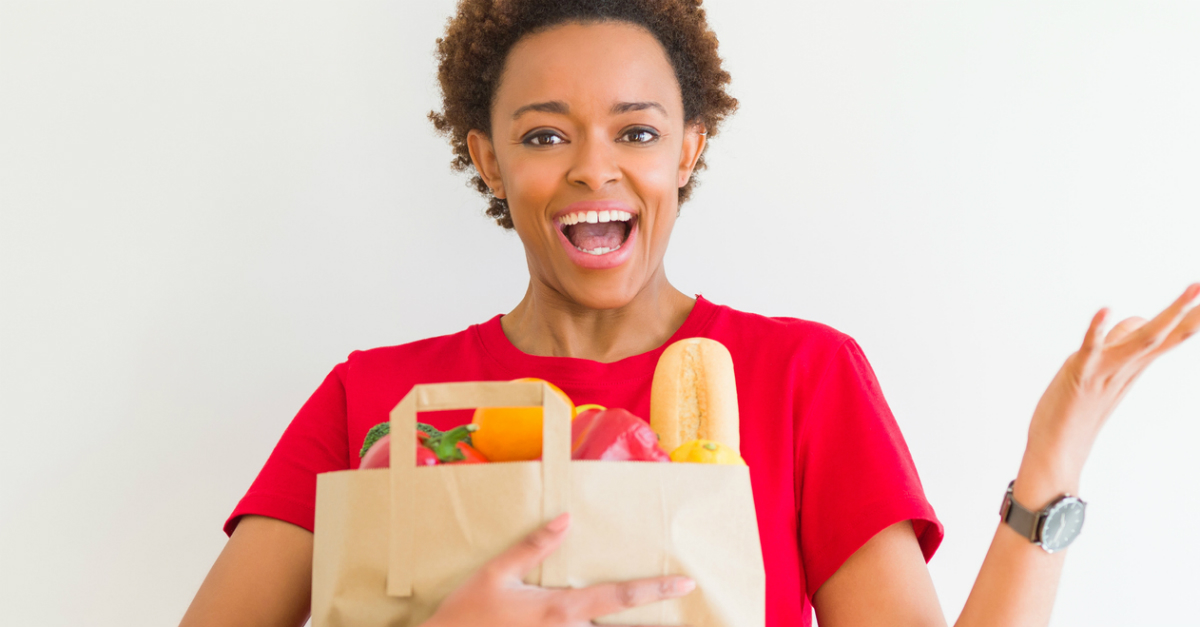 7. Giving Makes Us More Compassionate and Involved in God’s Work

A few years into our marriage, my husband was no longer satisfied with what he called passive giving. “It’s too easy to just drop a check in the offering plate when it passes by and expect someone else to put that money to work for God’s kingdom,” he said. “Let’s be actively involved in what God’s doing.” We started praying about where and to whom God wanted us to give and then putting money directly into the hands of those whom God placed on our hearts.

That required prayer, waiting upon Him, looking around for where He might be working, and being attentive to listen. Thus began our adventure in active giving.

To this day, we find more joy, blessing, and evidence of God’s divine work when we ask Him to open our eyes to the needs around us. In addition to giving to our local church—which can then put money into the hands of people it ministers to—and in addition to sending money overseas for a child in Indonesia to eat and be educated, we ask God to show us monthly who in our sphere of influence or among the body of Christ needs affirmation that God is supplying their every need.

More times than not, He’s put someone in our path who just lost a job, just lost a house, just had a baby, just started coming to church, or just prayed for a miracle. We’ve found it is not just cheerful but hilarious to be one of the vessels through which God provides and meets a need in another believer’s life.

Go ahead. Trust Him what He’s given you. Step out, actively give, do it cheerfully and experience far more joy than you had when you kept it all to yourself.

This content first appeared on Crosswalk.com and is used here with permission. To view the original visit: https://www.crosswalk.com/church/giving/biblical-benefits-of-giving.html

Could God Really Love Someone Like Me? - Your Daily Bible Verse - July 12