Easter has the potential to be a lovely time of renewal and restoration as we focus on our Lord’s sacrifice for us. But some Easter seasons, we are distracted.

As much as we want to connect to the Cross, life feels like it’s getting in the way.

In case you are having a hard time drowning out all life’s noise and worry, I would encourage you to take a look at this list of songs which walk through the Gospel story and offer hope and assurance in exactly the areas where we all feel hard-pressed right now.

Tap the links in the heading of each paragraph to sit quietly as you view the songs on Youtube, or go on a walk as you listen to the full playlist on Spotify.

My prayer for you is that in making room to reflect on this historical event from 2000 years ago, you will be met and comforted as you wonder, wait, and long for healing today. 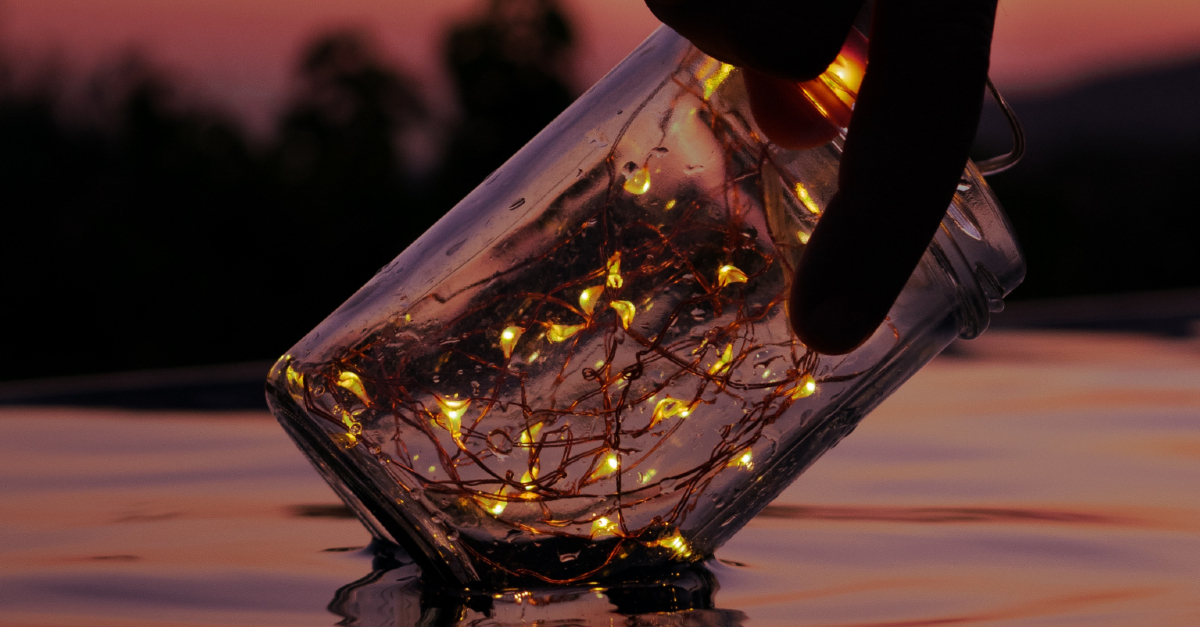 This song serves as a helpful starting point because it paints a beautiful picture of the progression believers make from hopelessness to joy.

The pulse of the music develops as it repeats the phrase, “You make beautiful things out of the dust.” In the face of discouragement, the Mighty God came down. He entered into the dust and filth of this earth, and one day He will come back to restore everything that is broken.

No matter where you find yourself this Easter season, the reality of Jesus as restorer provides the hope and security that we desperately need.

“All around, Hope is springing up from this old ground

Out of chaos life is being found, in you”

As winter fades away and flowers begin to bloom, remember the renewed life that is guaranteed--not only for ourselves, but even for our physical world as we await the age to come.

This song gives proper voice, not only to our current circumstances of suffering here on earth, but also to the place of longing that the Israelites found themselves in the years leading up to Jesus’ arrival on earth.

The title and lyrics echo David’s cry in Psalm 13 and likewise follow his example of first acknowledging the anguish of his soul to the Lord before moving on to proclaim his trust in the faithfulness of God.

He claims, “But I trust in your unfailing love; my heart rejoices in your salvation” (Psalm 13:5).

We are blessed in this modern age to have seen the covenant promise of God fulfilled in Christ. However, we still ache in a broken world for Christ to make all things new.

So, raise your voice in both hope and groaning: offering gratitude for the Savior Jesus who came, and petitioning Him to hail in the end of all death and sadness. 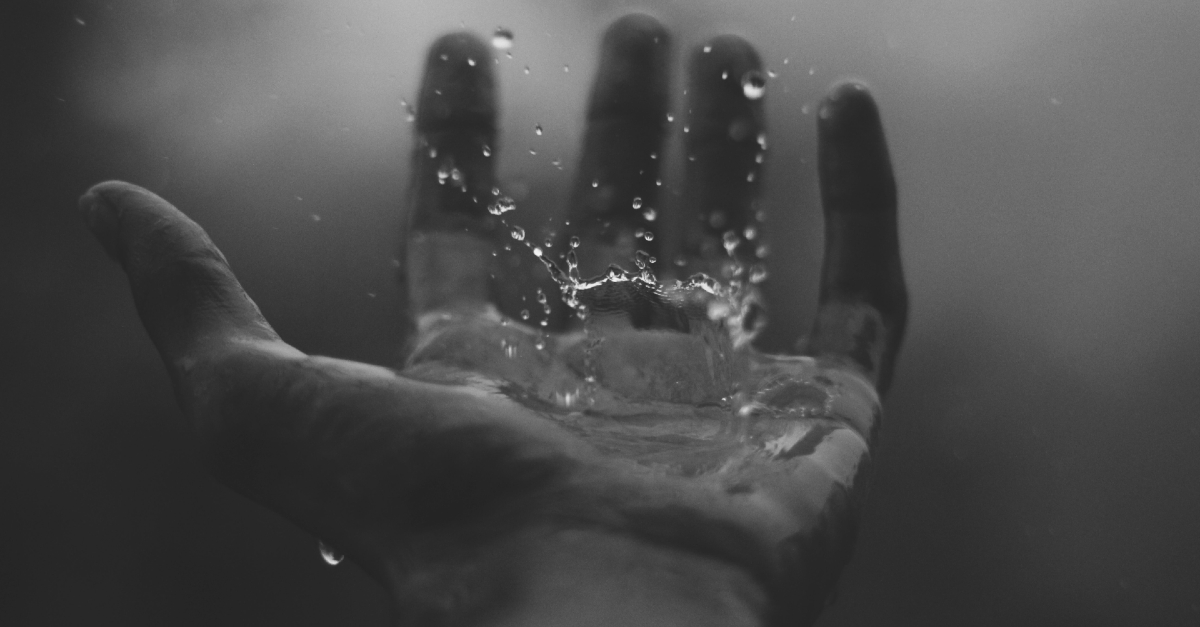 Though Easter celebrations focus primarily on the last days of Jesus’ time on earth, it would be remiss of us to skip over the work that He did during His three years of ministry prior to the crucifixion.

In every town He traveled, Jesus received and even sought out those who were hurting in order to provide healing. In this track we hear reference to the story from Luke 8:43-48 where a woman among the crowd was healed simply by reaching out and touching Jesus.

His response of grace and affirmation toward her is one of many examples in the Gospels where we see that the Savior cares not only about us spiritually, but also as physical beings in a world He created.

As the chorus repeats, “Heal us,” we too are beckoned to turn to the Lord for the aches in both our bodies and our souls.

4. 'All For Love' by Central Worship

Singers Luke and Anna Hellenbroth join their voices together in this reflection upon the truly mysterious and sacred moments of Jesus talking to the Father in the Garden of Gethsemane immediately before His arrest.

The song speaks of Jesus’ anguished and yet submissive surrender to God’s will as described in His prayer which is recorded in the gospels of Matthew, Mark, and Luke.

“The call of redemption, Father to Son; With tears of deep sorrow, Your will be done. In the Garden of Gethsemane, Where mercy met Your majesty.”

The concept of the triune God wrestling in conversation within itself is certainly difficult for our finite minds to understand. However, what we can draw from this picture of the God-man Jesus on His knees before the Father is that justice, mercy, and unfathomable love are what brought about this beautiful and yet gruesome act of self-sacrifice. 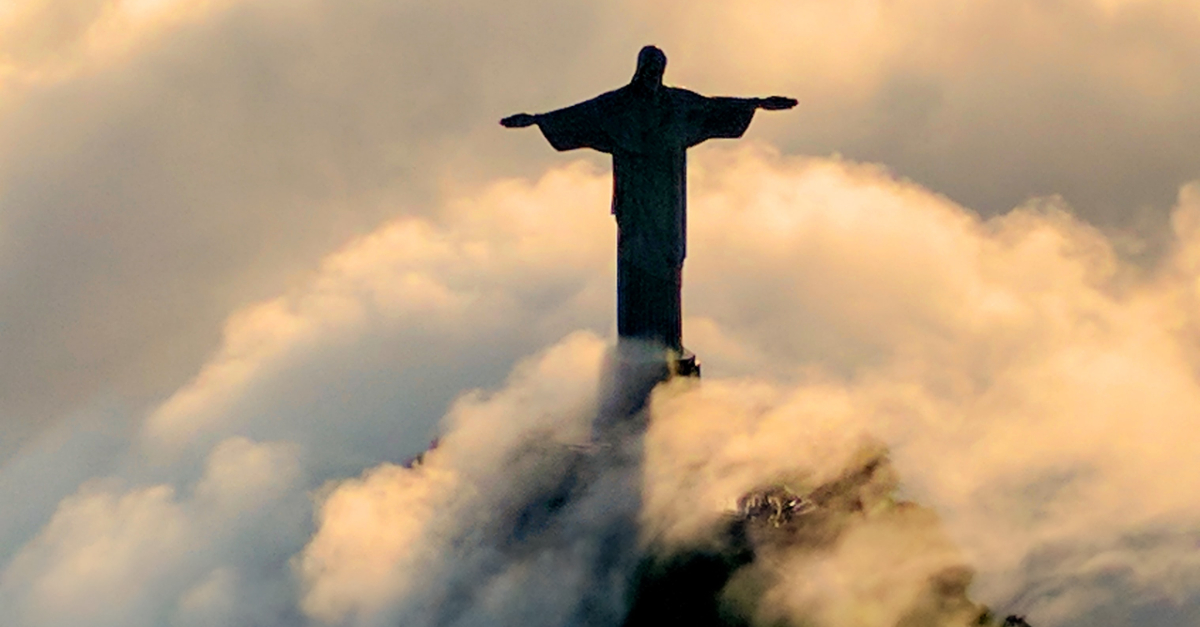 5. 'He Never Said a Mumblin’ Word' by The Welcome Wagon

Moving on chronologically, we arrive at the crux of Jesus’ time on earth: the Passion, a term which stems from the “Latin verb: patior, passus sum (‘to suffer, bear, endure’, from which also ‘patience, patient’, etc.).”

This melancholy folk song, written and performed by the Welcome Wagon, focuses on the mystifying humility with which Jesus approached the cross. It describes how from the accusations of both Roman and Jewish officials to the shouts of the mob and even unto the cross, “He never said a mumblin’ word.”

In a world of so much communication, protest, and unsolicited pontification, Jesus, as always, blows away our categories for leadership and impact. He allowed Himself to be wrongly accused, mocked, stripped naked, and tortured.

The all-powerful God, who keeps the world in motion, opened Himself up to every kind of vulnerability, all for the sake of granting our undeserved covering before the Father.

6. 'Were You There' by William Eleazar Barton

The original rendition of this song  is believed to have been composed in the late 1800s by African-American slaves. In only a few short verses, this beautiful melody inspires awe in the listeners heart as it reflects upon the enormity of Christ’s sacrificial love, suffering, and ultimate victory over death.

The fact that it originates from the voices of a people group who themselves were suffering from the terrible injustice of human slavery makes their acknowledgment of Christ’s adversity even more meaningful.

As believers continue to sing it annually, the history of this song reminds us that we have a God who came down to a broken and sinful world, and who throughout the ages meets individuals from every kind of hardship with true empathy.

“Shout for joy, you heavens; rejoice, you earth; burst into song, you mountains! For the Lord comforts his people and will have compassion on his afflicted ones.” (Isaiah 49:13) 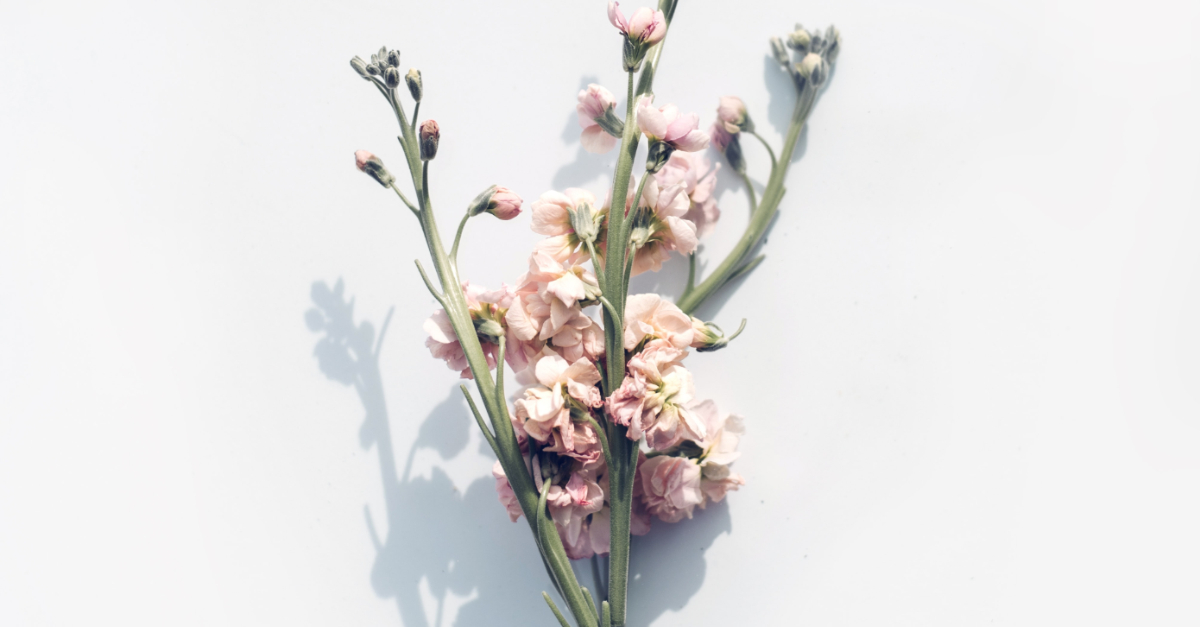 7. 'It is Finished' by Red Mountain Church

The lyrics of this hymn were originally written in 1784 by pastor Jonathan Evans. He beautifully describes the significance of those last words uttered by Jesus on the cross: “‘It is finished.’ With that, he bowed his head and gave up his spirit.” (John 19:30)

The great chasm between our sinful state and God’s holiness meant that there was no hope for any of us to do the work that was necessary to repair our broken relationship with Him.

But because of Jesus, we have the promised inheritance of eternal comfort and blessing that only He deserves.

do these precious words afford;

flow to us from Christ the Lord.”

Not only this, but we have access to true encouragement, purpose, and freedom from shame now in this life as we await final restoration in heaven. Christ’s work on the cross is truly the lifeblood of our souls.

8. 'Christ is Risen' by Matt Maher

At last, we arrive at the culmination of the Easter story: the resurrection. With it came the salvation for which humanity had groaned for the thousands of years that passed between the Fall and that moment of Jesus’ victory over the grave.

And it is not just His resurrection that we are celebrating. The chorus repeatedly returns to this phrase, “Trampling over death by death; Come awake, come awake; Come and rise up from the grave.”

It echoes the passage from Colossians 2:13-14 which explains how we are joined with Christ to experience a type of spiritual resurrection from the death that our sin has caused within.

“When you were dead in your sins and in the uncircumcision of your flesh, God made you alive with Christ. He forgave us all our sins, having canceled the charge of our legal indebtedness, which stood against us and condemned us; he has taken it away, nailing it to the cross.” 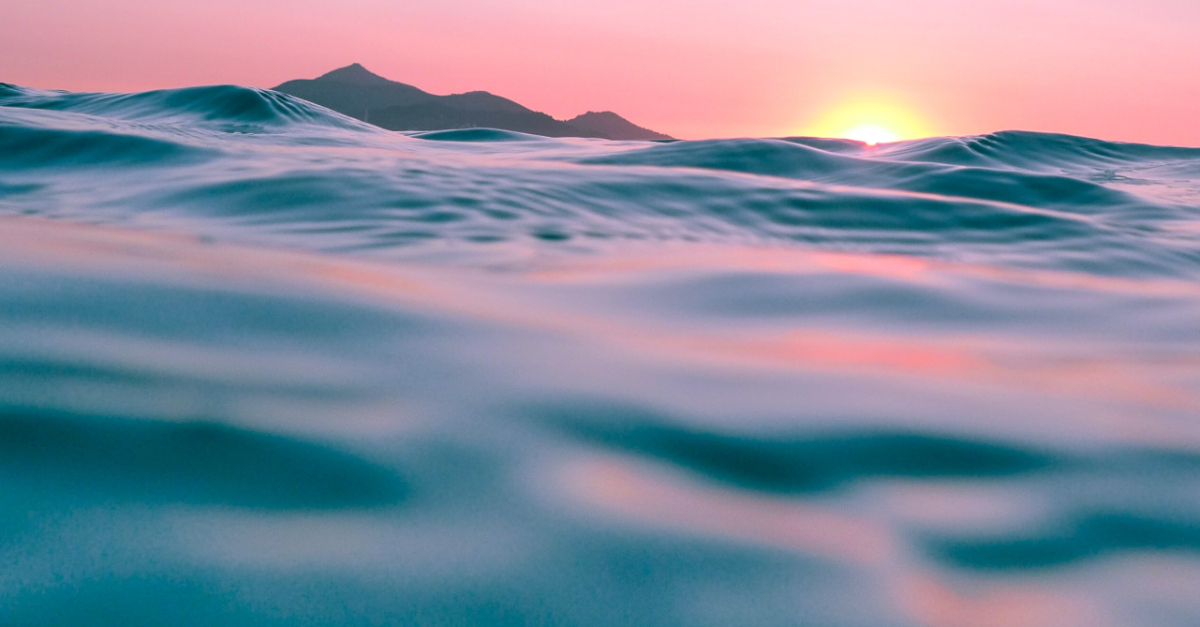 In a world of so many changes, worries, and unknowns, this classic Easter song ushers in the hope and certainty that bolsters believers through life’s storms. Fanny Crosby, an inspiring African-American poet and composer from the 1800s who wrote the lyrics to this song, certainly experienced her own hardships.

Though she was blind from infancy, the Lord gifted her with a lifelong faith. This background gives even sweeter meaning to the second verse of the song where she writes,

“Perfect submission, all is at rest

I in my Savior am happy and blessed

Watching and waiting, looking above

Filled with His goodness, lost in His love”

Because of Christ, even a life of blindness and certain difficulty is considered blessed. Although her eyes were incapacitated, her heart was still gazing to the eternal glory that awaited her.

This is the confidence and joy that belongs to us because of the glorious work of Jesus.

10. 'We Will Feast in the House of Zion' by Sandra McCracken

Finally, this last song looks to the end of the redemption story: the day when “He will wipe every tear from their eyes. There will be no more death or mourning or crying or pain, for the old order of things has passed away.” (Revelation 21:4)

The entire song speaks in first person plural future tense. This infers two Biblically sound conclusions for believers about the kingdom of heaven: it will be a place of community, and it is an imminent reality.

Believer, we have a God who keeps His promises. We really will one day be united together as one Body to see all things made new.

In the meantime, let’s cling to the hope of this awaited day and allow it to strengthen us as the Body of Christ. Together we are being “upheld, protected, gathered up” to endure and thrive in the earthly journeys to which God has called us.

This content first appeared on Crosswalk.com and is used here with permission. To view the original visit: https://www.crosswalk.com/special-coverage/easter/beautiful-songs-to-prepare-your-heart-for-easter.html

THIS EASTER SEASON, SHARE THE GOOD NEWS WITH SOMEONE WHO NEEDS TO HEAR IT!